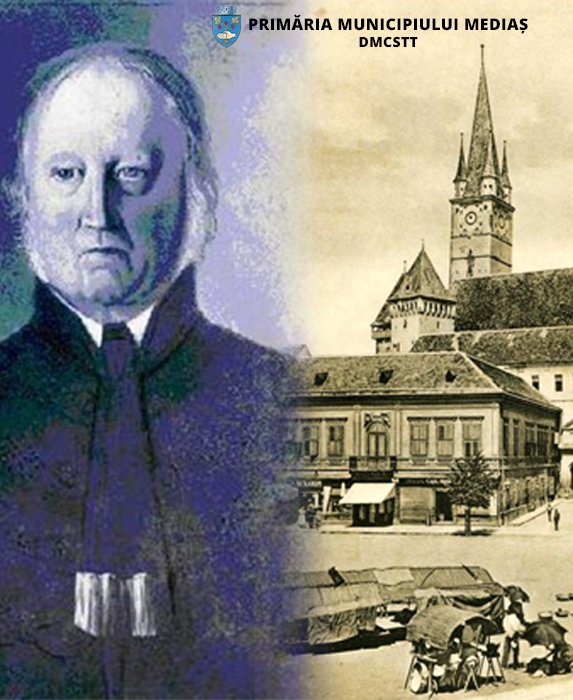 The 250th anniversary of the birth of Michael de Heydendorff the Younger in 2019 offers the opportunity to remember the merits of the Conrad de Heydendorff family for Mediaș and Transylvania. At the initiative of the German Forum of the Medias of the Germans, of the Evangelical Parish of CA, of the Association of the Natal Mediaș Place (Heimatgemeinschaft Mediasch eV) in Germany and of some members of the Conrad von Heydendorff family, it will be organized, in collaboration with the City Hall of the Mediaș Municipality and of the Municipal Mediaș Museum, a commemorative event on September 25, 2019. Michael the Younger has played a significant role in public life: mayor of Medias for several decades, scholarly scholar, owner of a library of over 400 volumes, founding member of the Association for Transylvanian Studies (Mediaș 1840), witness and chronicler of the revolutionary events of the years 1848-1849.