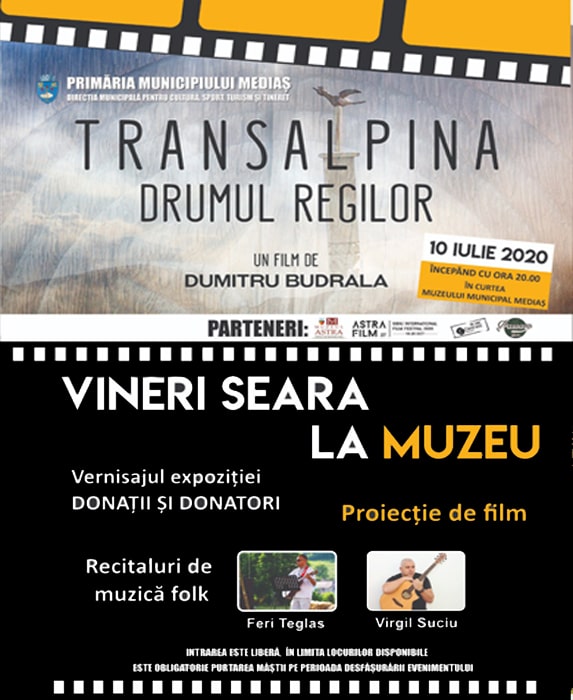 Mediaș Town Hall through the Municipal Directorate for Culture, Sports, Tourism and Youth opens the series of events “Friday night at the museum”. Every Friday evening in July and August, starting with 20:00, there will be shows, workshops, film screenings, meetings with local artists, exhibitions and openings in the courtyard of Mediaș Municipal Museum.

The opening of the exhibition “Donations and donors” will take place on July 10, which will be followed by 2 folk music recitals given by Feri Teglaș and Virgil Suciu from Mediaş. The event ends with the screening of the documentary film “Transalpina, The Road of the Kings”, directed by Dumitru Budrală, a spectacular film presented in the opening of the International Astra Film Festival in Sibiu, in 2019. Free entry.