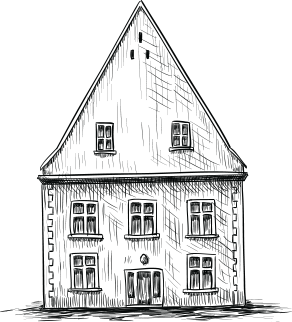 The legend of the lovers from the Medias Square

There is no city that does not have legends about past love stories. Some of them have really existed according to proof existing in historical documents, while others have been created in local folklore and have been passed on from generation to generation.

Such a legend is linked to the central square in Mediaş, today King Ferdinand I Square. The old marketplace was the place where all the important events in the city took place and where fairs were held. Many craftsmen had their workshops right on the ground floor of the houses in the square, but there were also those who were part of the local nobility that lived there.

Until 1875, there was a hall in the downtown square where merchants came to sell various products. This hall is said to have been less built on the need to offer shopkeepers a place to sell their goods, but rather for personal reasons.

The hall was built sometime between the 17th and 18th centuries by one of the Mayors of Medias, Hann von Hannenheim. At the time, the von Hannenheims were in a “rivalry” with another family in the town, the von Heydendorff family. Besides, several members of this family were either Mayors of Mediaş, or they were involved in one way or another in local politics.

The young Michael Conrad von Heydendorff put his eyes on the beautiful girl of the mayor von Hannenheim, Sussana, which sparked the mayor’s wrath, because he didn’t want his daughter to marry a man from the rival family. The two lovebirds often used to look at each other from the windows of their homes, as they were on opposite sides of the square. It is said that Sussana was so in love with the young Michael that she would have told her father she would not marry someone else.

In order to put an end to this love story, Mayor von Hannenheim ordered the construction of a market hall that would act as a wall between the two houses, so that Michael and Sussana could not look at each other from the window. The building was known as the Trade Hall. The hall has not resisted to this day, nor has it succeeded in stopping the love story of the two youngsters. Finally, the families von Hannenheim and von Heydendorffmade peace, and Michael and Sussana married in 1758.
Source: George Togan, Mediaş – a romantic history

The legend of Peter from the Tower

In the past, it was often said about cities or other human settlements that they are under the protection of someone, be it the Roman and Greek gods of antiquity or the saints, history is full of such characters. Medias is not an exception, because for more than 300 years, we also have such a “protector”.

In the Trumpeters’ Tower there was a wooden statue, known as “Peter from the Tower”, or “Petrica”, as it was called by locals and even by some historians. The wooden statue has, in fact, several variants. The first one is now at the Municipal Museum, the second one, the Knight Roland is in the Tailors’ Tribune at the Church of Saint Margaret, and the last wooden statue is still in the tower to keep watch over the city.

The first wooden statue, which is the oldest, represents a bearded man and was made by a monk named Onofrius in the seventeenth century, but the exact year is unknown. Peter from the Tower remained in the Trumpeters’ Tower until 1927, when the tower repair works began. Then, Peter from the Tower was replaced by a medieval knight, dressed in armor and holding a sword in his hand. The statue was named after Roland, according to an old German custom, with several legends about knights named Roland who were protectors of feudal buildings. In 1984, the Knight Roland was replaced by another wooden statue made by the sculptor Kurtfritz Handel, who also represents Peter from the Tower.

Two legends circulate on this old statue. The first one says that while repairing the Trumpeter’s Tower, one of the workers who participated in the works fell from a high scaffold and lost his life. So, in his honor was the wooden statue made, which always watched from the tower.

Another legend says that the wooden statue represents an old man from Medias, who was very rich and had a beautiful girl. The old man’s daughter fell in love with a poor young man, which did not please him. To always find out where his girl is and what she does, it is said that the old man used to climb the Trumpeter’s Tower to be able to watch her better. If his name was Peter, or if it’s just a nickname that the old man has received, we can’t know. What we know exactly is that the wooden statue in the Trumpeter’s’ Tower sees and hears all that is happening in the city.

The legend of the Trumpeters’ Tower

One of the most famous historical monuments in Medias is the Trumpeters’ Tower, which is in the immediate vicinity of the Church of St. Margaret. On account of this slightly tilted tower, there are several legends that tell us about the rich history of the Medias.

The most famous legend is that telling that the tower was built in 1414 by the Medias Stonemasons’ Guild. When it was built, this tower was supposed to rival the tower of St. Stephen’s Cathedral in Vienna and be taller than any tower of the Transylvanian churches. Medias was in a period of prosperity, being an important commercial center, and the craft guilds in the city were recognized for the quality of the materials used and for their work. Thus, the tower has reached 68.5 meters and although it is not the highest tower in Transylvania it can be seen from any part of the city.

The four turrets on the roof of the tower were added as a sign that Medias was a city that had the right to trial, and the trials and convictions were held in the city square, just like in other cities in the country such as Sibiu or Cluj.

Because they wanted to have the highest tower, the craftsmen added three floors to the initial construction, and the tower began to tilt. It is said that the workers, when they saw what happened, tied the tower with ropes and began to pull it in the other direction. Perhaps their plan would have worked, if one of them had not been paying attentionto a beautiful lady who was passing by and he let go of the rope, so the tower leaned in the opposite direction and so it remained until today.

In addition to this funny legend, it is also said that the tower, in fact, started to tilt because God punished the craftsmen because they were too proud.

Whatever the reason, the tower is tilting with 2.28 m and is in the top 10 of the world’s most tilted buildings, alongside other famous towers such as the Tower of Pisa, Italy.

Regarding its name, the Trumpeters’ Tower is called so, because there was a trumpeter who was always on watch and sounded the trumpet in case of danger. If a trumpeter did not do the job properly, it is said that he was thrown from the top of the tower. 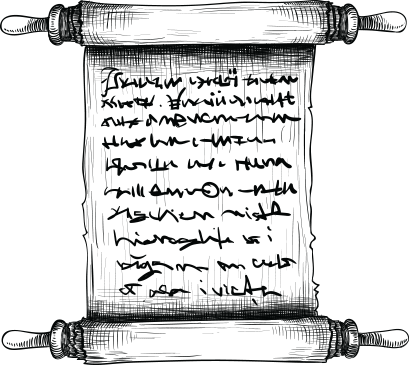 The secret letters from the Trumpeters’ Tower

A common feature of the Transylvanian lands was that craftsmen working on the construction or repair of important buildings would leave letters in their walls briefly telling about the important events that took place at that time, or simply leave a few words for those who would find them.

The Trumpeter’s Tower was repaired several times over time, and when the works were finished, it was customary either for the craftsmen, a local chronicler or a prominent resident of the city to leave a few written words. The letter was kept in the globe that is still on top of the tower. When a new repair was made, the globe was opened; the letter was read and replaced with a new one. The letters were kept in wooden boxes, so the paper was not so easily destroyed. The globe at the top of the Trumpeters’ Tower looks small when we look at it from down here, but it’s actually pretty big, just like a ball.

The tower was first repaired in 1688, when the first letter from the globe was found, which had been preserved since 1551. The repair was made because the roof suffered damage from a strong storm.

In 1726, the Trumpeter’s Tower was struck by lightning, requiring a new repair, an opportunity to find a letter from 1688 and placing a new one, describing the breaking of clouds that occurred in Medias. In 1752, the globe is taken down from the top of the tower to be cleaned and another letter is left, this time written by Senator Andreas von Hannenheim. This was written in Latin.

Besides the big globe at the top, the Trumpeters’ Tower has another 4 smaller ones, placed on the secondary peaks on the roof. In 1783, when new tower repairs were made, more letters were left, not only in the big globe, but also in one of the smaller ones. A brief description of what happened to the city in recent decades, as well as a letter from Royal judge Michael von Heydendorff, was left in the big globe. In the small globe there was a letter left by the tower guard, who was called Stephanus Schnell. In simple words, the guard tells how he spent his life in the tower, serving the city.

Also, more letters are left in 1815 when a lightning rod is also mounted. The letters are written by anonymous, but they are very interesting, especially one of them where the author speaks from the globe’s perspective.

All these letters from the Trumpeters’ Tower were published in 1927. The last message was left when repairs were madebetween 1928-1933, but it is not known if it still exists, if others have been added, or if the globe is empty. One of the old letters is at the Municipal Museum.